Bali and Seasons: When to travel to the island 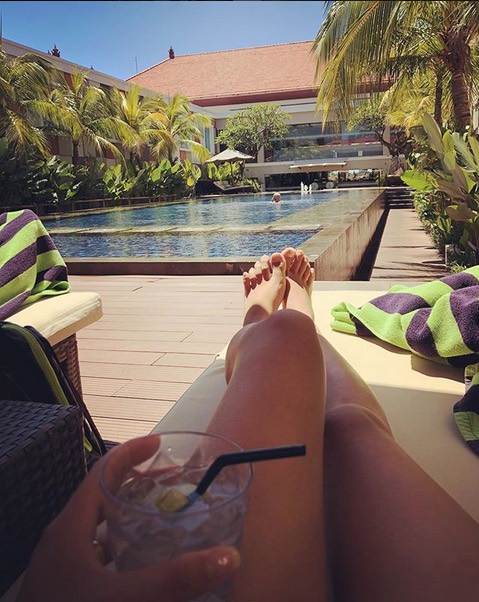 The glittering island of Bali, only roughly six hours flying from Australia. It’s so close you can almost smell the warm ocean breeze and taste the colourful, fresh, local cuisine.

Before you book your luxurious accommodation in Bali: Seminyak, Canggu, Ubud, or another picturesque destination, you might want to check out the weather.

This may sound like an odd suggestion as Bali is known for its year-round “perfect” weather, but there are definitely seasonal changes that might influence your travel plans.

The island lies roughly four and a half thousand kilometres north of Australia in the Java sea between the Indonesian islands of Java and Lombok. This puts it just 890 kilometres, or eight degrees, south of the equator. It is certainly the most tourist-visited part of Indonesia due to its tropical climate which makes it warm and humid all year round. It is a reliable refuge from the colder winters in nearby countries. So, if it’s always warm, when is the best time to go, and why? Here is some succinct information about temperatures, rain, and crowds that will help you make the most of your stay in a Bali villa. Some people like to be part of a crowd, while others seek solitude when they are away. We’re all different when it comes to the ideal holiday. Have a read below and decide when it’s the best time for you to travel to Bali.

The two seasons of Bali

Bali doesn’t really have the four seasons that many countries do. It tends to fall into simply the Dry season, and the Wet season. These are becoming less predictable as climate changes around the world, but they can give you a general idea of what to expect when booking your Bali villa. During any time of year, however, coastal areas tend to get more rainfall while volcanoes and other areas of high elevation tend to be cooler, especially at night time.

The high season is considered to be during July, August, Easter, and the Christmas and New Year holidays. This doesn’t necessarily refer to the best time to go but rather the busiest. You can expect villas to be more expensive and in higher demand, and generally more crowds everywhere. If you enjoy being part of the action with lots of new people to meet, then the high season is a good time for you. It also may be the only time to come if you’ve got kids in school or you can only get work off at certain times of the year.

The July-August part of the high season is smack in the middle of the dry season and is also the coolest time of the year, with less humidity. This is one reason why it’s so popular, as the weather tends to be more predictable. It’s a great time for planning outdoor events, such as weddings. 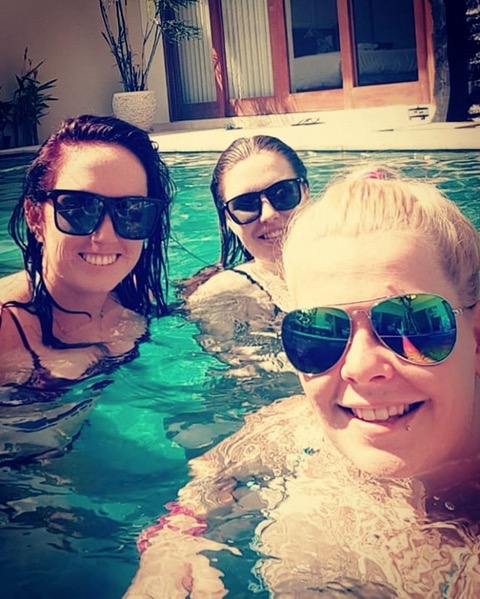 While it depends on what type of person you are, there is a particular time of year that is arguably the best time to visit. This is roughly during May, June, and September, the months on either side of the high season but not quite in the high season. You might be able to squeeze April and October into this time as well, but weather can be a tad less predictable and October can get pretty rainy. This is the sweet spot because it’s still during the dry season but it’s almost always a much quieter time on the island.

Quiet is good for peace of mind but it has a nice impact on the wallet as well. Since crowds are relatively absent during these months due to work and school commitments, villas and restaurants need to entice travellers to visit their venues. You’ll often find amazing deals on villa accommodation, meals, even clothing in shops. Streets also tend to be safer in terms of traffic congestion and you’ll experience less noise and air pollution. As there is still not much rain, beaches tend to be cleaner and calmer so it can be the perfect time for swimming and having long seaside walks. 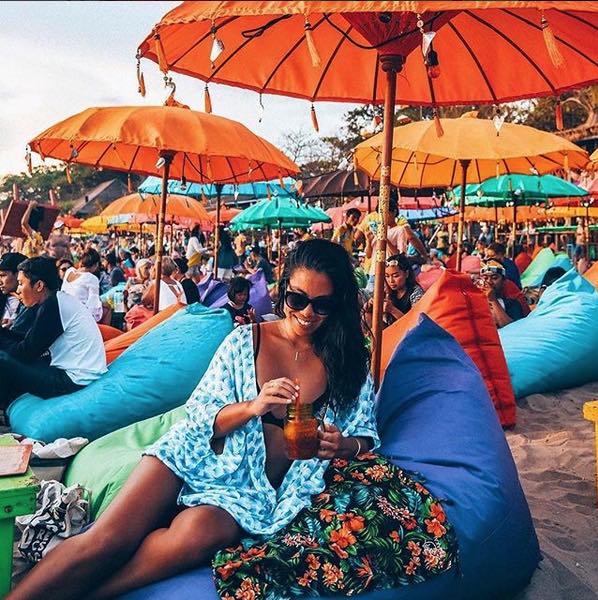 A note on Surfing

If you love surfing in Bali, then you will no doubt consider staying in a Bali villa while you hunt out the best barrels. Often the famous waves of the West coast tend to produce their most sought after conditions during the dry season between May and October. As conditions change during the wet season to produce Westerly winds, the East coast tends to have better surf. Areas like Keramas tend to be the hot spot during this period.

Rains fall most heavily between October and March, and this is usually the quietest time of year. The unfortunate aspect of the rains and wind is the rubbish it brings onto shorelines making beaches dirtier and less appealing for swimming and surfing. The unpredictable monsoons also make it risky to plan events like weddings or outdoor festivals. It’s good to keep in mind however that it is very rarely raining consistently during the rainy season. Often the most downpours occur while you sleep and the daytime monsoons will last only a few hours before the sun shines with full power again. If you plan a trip that isn’t solely about beach time, this could actually be a great time to travel. 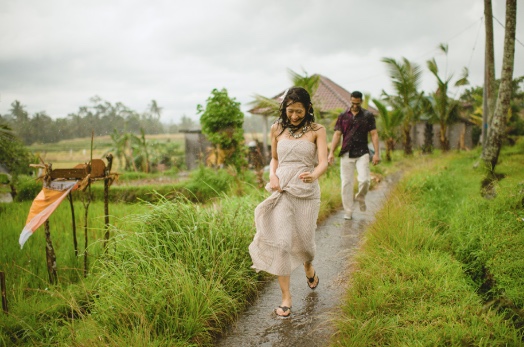 Something to keep in mind is that wet season doesn’t mean cool season as it does in some other countries. It is the most humid time of year and you can expect to have damp clothing clinging constantly to your skin. What’s great about Bali though is that there is so much more on offer than lazing around at the beach. It is perfectly acceptable to plan an entire vacation simply to enjoy the luxurious spas, the healthy and innovative cuisine, and the numerous yoga studios.

Because of Bali’s tropical location close to the equator, it tends to stay pretty hot all year round. Humidity hovers above 85% and water temperatures are always lovely and warm. However, being hot and sweaty every hour of the day can take its toll on travellers. One way to get around this during the hottest times of year is to head to more central locations or higher up where temps are cooler. You might consider booking an Ubud villa closer to the middle of the island to get some fresh air from the highlands. If you are game for a hike, you can head for the mountains and get up over 3,000 metres. Make sure not to climb when it’s too wet and rainy though as mountainsides can become slippery and dangerous. After May, humidity tends to come down to roughly 75% for a few months. 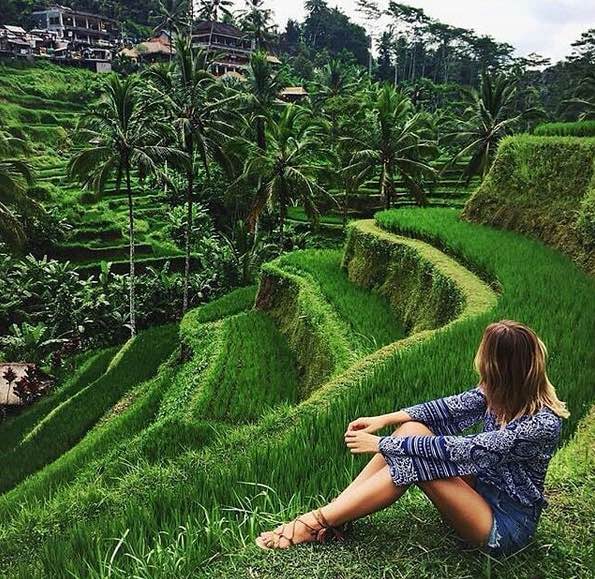 While the weather is probably the best thing to consider when booking a Bali villa, it is not the only aspect to keep in mind. If you are planning to travel sometime around late March, check the date of Nyepi, the Balinese new year. This always lands on a new moon, so the date varies, but the entire island shuts down. This means that no electricity is used, conversations are brought to a whisper, and even airports stop operation. Read more about holidays that may affect travel plans, here.  In light of recent volcano eruptions, it’s also important to check safety conditions if you’re planning on booking a villa near an active site. Get more safety information here. 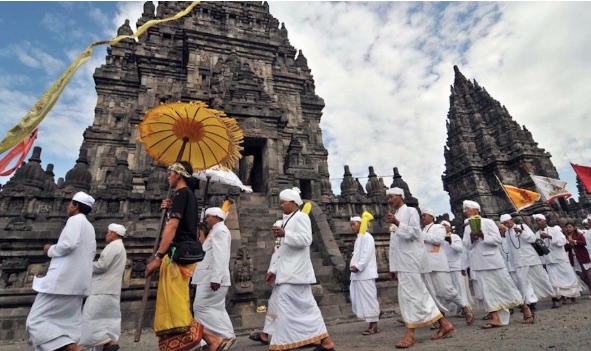 Now that you know what to expect, you can go ahead and book your spontaneous trip to this popular island, rich in natural beauty and ancient tradition. Figure out if you’re a high season or low season kind of traveller then go ahead, pick your perfect Bali villa. 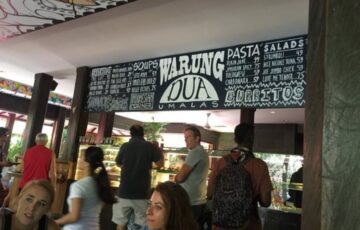 Rent a villa near WARUNG DUA in Umalas Bali 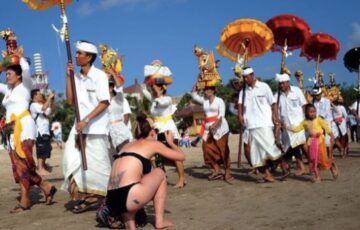 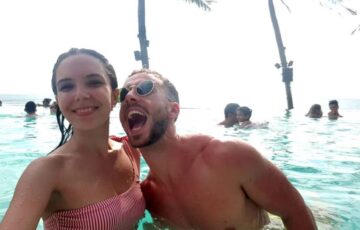 Rent a villa near Potato Head in Bali