Often times when we’re booking our Villa in Seminyak or Canggu, or scrolling through pictures of luxurious Bali accommodation, we’re imagining the beaches we will lounge on, the food we will Instagram, and the yoga studios we will move in.

It’s easy to forget that Bali isn’t only an adult playground created for us to live out our desires, but it is a rich cultural and spiritual land with real and current religious events happening almost every day all over the island.

The warm and welcoming Balinese people seem to openly accept tourism as it brings wealth and energy to their home, but understanding some of their customs can go a long way. Whether or not you believe in the spiritual beliefs that permeate life for local Balinese, it doesn’t hurt to learn about some of the bigger events that you might happen upon. For some, they may pass you by almost unnoticed whereas others have island-wide influence and can affect daily life and travel plans. These are a few of the most important holidays that happen each year so check them out before heading to your Bali villa.

While this day does represent a time of renewal, it is vastly different than the New Year’s celebrations in the Western world. Also known as the “day of silence”, Nyepi usually occurs sometimes in March and is observed by an absolute shut-down of the entire island. It is an Indonesian holiday in general but the Balinese seem to take it the most seriously. During Nyepi, all radio and television programs go off the air, no shops are open and no services are offered. Even the airport shuts down so it’s important to factor this in to any travel plans you might have. If communication is needed it is done so in the quietest of whispers, but otherwise, all is silent. Most westerners can get around having no electricity or digital entertainment for one day (although this may be challenging for some), but the real kicker is that there is no cooking or physical activity allowed either, and that includes sex.

All Balinese holidays come with extensive history and lore behind them, they are never simply arbitrary observances. Nyepi specifically serves to trick the evil spirits into thinking that the island is no longer inhabited in the hopes that they might leave the Balinese alone for another year to come. This is perhaps one of the most important days to be aware of as a tourist, and one of the best times to get comfy in your Bali villa. Take the opportunity to enjoy a quality of silence we rarely experience in our busy city lives. 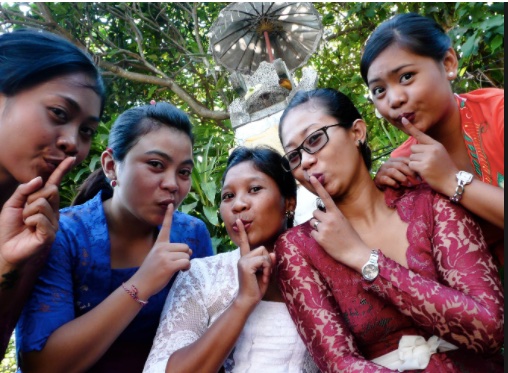 If New Year’s day sounded like a bit of a letdown in terms of celebration, never fear, the Balinese do know how to turn it on. The night before Nyepi is similar to New Year’s Eve, but the customs are a tad different than we might be used to. For several months prior, Balinese residents toil away at crafting giant papier-mache monsters known as Ogoh-Ogoh. The ogoh-ogoh are paraded through the streets in celebration until they reach the temple where they will be put on display to serve out their greater purpose. As the sun begins to descend, a priest will conduct a ritual that pulls in all of the sins, doubts, fears and regrets from all humans. These negative energies are put into the Ogoh-Ogoh which are then lit on fire to destroy all that is within.

After the burning, there are fireworks and music and general celebration, but the Balinese people take the ritual a step further in order to truly acknowledge their personal role in any wrongdoings and offer rectification. This isn’t done in an ethereal or symbolic manner but rather literally by going around and shaking hands, apologising in earnest for wrongdoings and seeking forgiveness. In essence, it is a thoughtful and touching night of starting again with a clean slate. Tourists are welcome to come out of their secluded Bali villas and join in on the festivities.

The word Ngaben translates roughly to the process of “turning into ash”, descriptive of the cremation process. Death is an entirely different ballgame in Indonesia than it is in the West and is seen as an occasion for celebration. This can be difficult for Westerners to wrap our heads around since we usually associate death with fear, loss, and pain. In Bali and many other Hindu traditions, the idea of death isn’t considered to be separate from life but rather a normal and necessary part of the cycle. It may be helpful to define the terms Sekala and Niskala, the seen or observable, and the unseen or occult, respectively. Balinese don’t only acknowledge that which is tangible and actually place higher regard on the spiritual world. In this way, death can be seen as sort of a transition from the seen to the unseen and ultimately back again. After a loved one has passed on, the family actually gathers to celebrate before they wait for an indication that this soul has been reincarnated in a later generation. When this time inevitably comes, the celebration is had again. 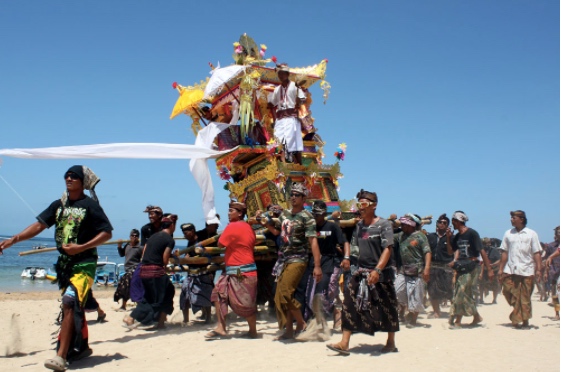 Ngaben isn’t on a specific day like Nyepi for instance, but it does sometimes happen as a mass cremation rather than individual so as to save money for the families involved. Ngaben will never be bypassed due to lack of money but rather the family will keep the body in their home until they have saved enough for the ceremony. The exact day will be chosen based on the Balinese Calendar and under the direction of a Hindu priest, with ample time to make preparations. While funerals in the West are usually saved for only close friends and family members, Ngaben is open for brave tourists to come and observe. If you feel like you can keep your wits about you, venture out of your Bali villa and take part in this unique and extravagant cremation. 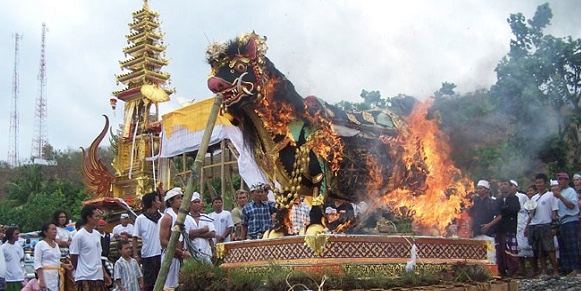 This is only a tiny taste of the thousands upon thousands of rituals and holidays observed by the highly spiritual Balinese people each year but perhaps it will give you a little bit of background for when you’re booking a villa to stay on the island. As a tourist, it can be overwhelming to understand the constant rituals happening all around you, but in general, the locals are happy and proud to welcome foreigners into their celebrations. So next time you’re staying in accommodation in Bali, put your brave face on and join in on these unique festivities. 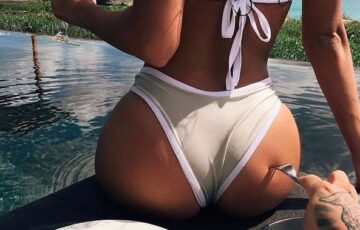 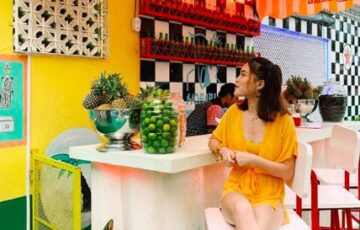 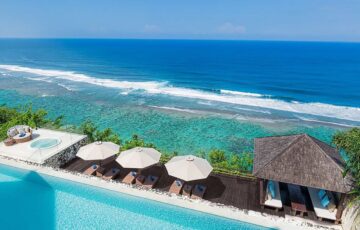